Linda and I did a six week or so project with a Boy’s Club in Ft Lauderdale, FL in the mid 80’s. We had a bunch of new beanbags and started teaching juggling to the kids.

Once a person sees through juggling how the consumption of energy (attention) creates new connections; which creates leaps of improvement; he knows how personal paradigm shifts work.

The understanding of picking up a dropped beanbag to make another attempt is a necessary single event that creates the new connections.

Now social paradigm shifts can be better understood. They change by the same process. Connections he, connections there, small single events that the system may dampen; leaving it unchanged. Yet the connections continue and small paradigm shifts occur till society experiences a transformation.

The Hunger Paradigm in the world and United States can have positive stress put on it with juggling. Small events so far but a solid concept.

One of the main blocks is the food distribution system. There is plenty of food in the supermarkets and tons of food are rotting in government warehouses. With the homeless situation worsening.

Prior to the Industrial Era people grew their own food, not dependent on the system to bring it to them in the cities. The hunter and farmer were honored for their vital work.

Perhaps we can create a new type of farmer, a city hunter.

Unfortunately there is not the direct plant seed in the soil that produce food or hunt the animal in the woods to produce meat life style available in the city.

The new hunter is a juggler, a person who is ambidextrous, able to concentrate for a long period of time. The hunter is skilled at integration of both sides of the brain. Great training for the Information Era.

A skill valued by the new hunter is the ability to teach others how to juggle.

We are creating single events which enables the hunter to earn the food, to feed not only himself but family members. In addition, he will be helping strangers who are in need of good nutrition. Money is the tool to harvest food in the city. Money is needed to buy food from well stocked grocery stores.

Linda and I provided the money for the past tournament at the Ft Lauderdale Boy’s Club. Prior to the tournament I had been giving juggling lessons there for about six months. Each learner who did 30 tosses in a row without dropping a beanbag won their own set of beanbags to practice at home. The Boy’s Club is where, along with some other schools, I learned to watch the paradigm shifts.

The tournament prizes were trophies and food, plus the set of beanbags at 30.

All jugglers able to do 100 tosses in a row without a drop earned four big baking potatoes, two large onions, and one can each of corn and peas.

The athletes able to do 500 won a five pound smoked ham to go along with the vegetables.

We also had raisins and candy prizes through the week as many of the kids progresses towards 100.

Kids who taught a new learner to do 12 in a row won a dollar.

About 50-75 kids participated during the week. The record was 505 before the tournament with seven members of the 100 Club (at least 100 in a row) and five members of the 30 Club (winners of beanbags).

Monday started out with a bang as a new record was set at 685 so the first hunter bagged the ham and vegetables for his family while going through a personal paradigm shift.

More new jugglers started to go through the process of becoming jugglers. We missed Tuesday due to car repair problems.

Wednesday was a paradigm shifting day as the record was broken again and several kids won vegetables.

Thursday gained momentum as the record went to 944 and 4 ham dinners were earned with scores over 500. A total of 8 were winners of the vegetables. There was now about ten up and corners who won the set of beanbags for doing 30.

One dollar was the prize to the kids who could teach their friends to do 12 in a row. The teaching was just beginning to be done on Thursday. I am sure more enthusiasm will be there for teaching as they understand the concept.

Friday was the grand finale and was a day of paradigm shifts. The record fell as James C broke the 1,000 barrier and earned the turkey with a 1,113. Next Daymon H did 1,153, followed by Cedric M with 1,254. James came back at 1,562. All this record setting occurred in a matter of a half hour or so.

AntoineH won the teaching trophy and $2.00 for coaching two of his friends. Rodney J won $1.00 for teaching 8 year old Taurus how to do 12 in a row.

With further prizes available for breaking the 100, 500, and 1,000 marks, I know there are hunters eager to bring the food home for their families. The kids showed they are teachers also and began to demonstrate their abilities in this important skill towards the end of the week.

We had an awards ceremony on Friday afternoon as the hunters received their catch. The four winners of the 1,000 Club took home an 11 pound turkey, a 5 pound smoked ham and the vegetables to round out the meals.

Quinten R won a ham dinner for his 692 score that was the record on Thursday. He missed the action on Friday or I am sure he would have been up there with the others over 1,000.

The total from all the activity is 25 athletes now have their own set of beanbags. Four won the turkey, ham, and vegetables, one juggler won the ham and vegetables and 12 others won the vegetables. 20 kids are in the 30-500 group who may paradigm shift in the next event.

Many more kids were at the awards ceremony that now are interested in learning to juggle; and now we have several kids interested in teaching. It can become a cycle of success and a model for other communities with help fo one force; money.

After the awards ceremony that Friday, Linda and I gave Deandre a ride home with his box full of food.

The neighborhood was in a tough part of Ft Lauderdale.

Walking towards his apartment with box in hand, he called out, "Hey Mom, look what I've got".

The hunter was home with his catch. 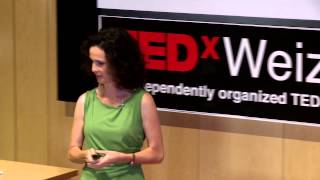